CHRISTOPHER FORD AND THE WALK OF EVERY MAN

"Gold!" they agreed
Drawing up half-cocked schemata and fumbling at pens
Scrambling over each other in a panicked flurry of blueprints
Taking notes, circling dates, connecting dots

"Gold!" they howled
Ducking under wagons, circled, horses rearing and stomping at air and dust
Reins flying off at the buckle and lanterns collapsing into explosive flame
Elbows and knees in all directions, eyes rolling backward into steaming foreheads
Drums ascending, drums palpitating, drums synonymous with air
Ecstasy engulfing frothing hordes of frontiersmen
Hats soaring lustily into the wind
Tracing silent, graceful loops
Pirouetting over quiet pastures
Settling on the cool grass to rest
At peace
among a sea
​              of silver
Disappear

Service is a chain around your finger
beckoning
the beetle-clicking pursuit of your bemused whims
lip-smacking
a sore-eaten hand clad in linen towel and shivering with the weight
drink-bearing
nodding in confusion at explicit instruction in a stranger's tongue
tittering
a nervous laughter reserved for your ludicrous chapeaux
balancing
the need to experience the world vicarious, in drunken stories
spit-shining
one side of the mouth a smile and the other a terrible, fanged maw
salivating
a skin-market of sunscreened leathers baking to salty perfection
eye-widening
animals slaughtered bloody in the backrooms and re-arranged in clean piles
folding
white bedsheets, white plates, white sand, white boats of dollar-bearers
laughing
​and waiting to be served 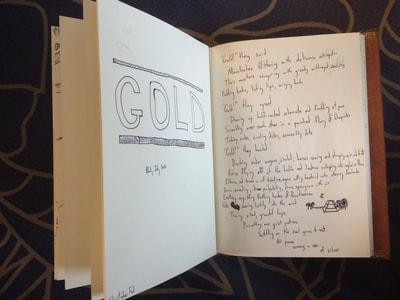 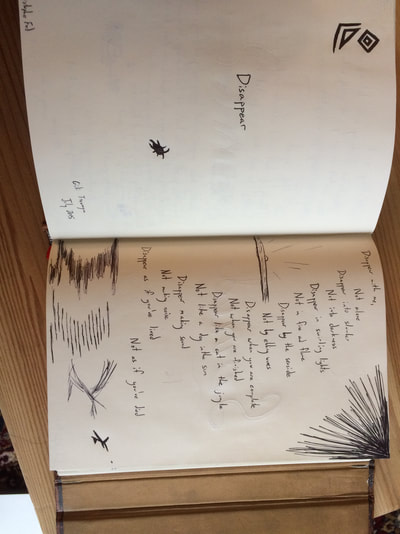 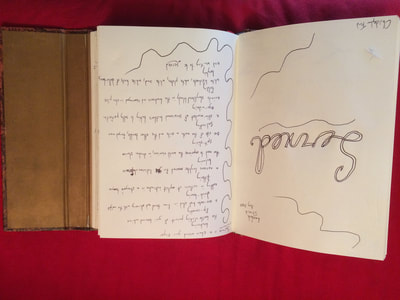 These three poems were written over the course of a week spent in Bali and Gili Trawangan.  My wife and I were able to afford in Bali (and in other parts of Southeast Asia) to stay, eat, and experience beyond our normal means.  While this experience was unquestionably pleasant and inarguably romantic, it is impossible to note the incredible contradictions inherent in such a trip.  The dollars/won/rupiah we spent in Indonesia were needed by the people we gave them to - of that there is little doubt.  However, the disparity in dignity was always apparent, no more so than when we trekked up the volcano, Gunung Batur, to catch a chilly sunrise.

That morning, our guide (the island authority having decreed that all tourists must be lead up the mountain by a local guide) confided to us that she did the hike six or even seven days a week for almost the entire year.  She had never left the island (which could fit almost twenty times into Ireland) in her life, and had children at home to take care of (including a newborn) when she finished the hike every day.  She couldn't dream of saving up enough to take a vacation of any kind.  She was the same age as Catherine.

'Gold' was written along the shores of Kuta, the profit-crazy resort beach of Bali.  'Disappear' was written in Ubud, the cultural capital of the island and a not-so-well-kept secret that nevertheless retains the ability to feel remote and private.  Our room there, which cost less than a motel would anywhere in Canada, was a private villa equipped with its own kitchen and featured a dipping pool accessible only by us.  'Service' was written on a speedboat returning across the Lombok Strait from Gili Trawangan, where the only black mark on a stay filled with blissful romance was a bartender who made lewd, inappropriate jokes at my wife and other female guests.

We all participate in the excesses of profit, in the wallowing of decadence, and in the two-faced deception of service.  We lucky few can sometimes change the role of servant for the role of master, however temporarily.